Moving a Feature to a different Epic

A Feature can also be moved to any other Epic under the  portfolio. This is a useful feature when you create a feature by mistake in an Epic other than the intended one. This error may occur when you are adding a feature using the Quick Add button as discussed in a previous section, and you mistakenly choose the wrong Epic to which this feature belongs to. 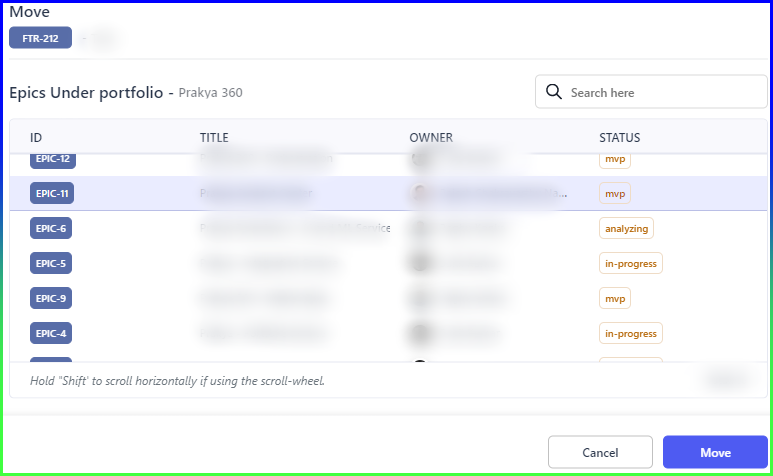 To move a feature:

Previous Deleting a Feature in Prakya
Next Cloning a Feature in Prakya
Table of Contents
We use cookies on our website to give you the most relevant experience by remembering your preferences and repeat visits. By clicking “Accept”, you consent to the use of ALL the cookies.
Do not sell my personal information.
Cookie SettingsAccept
Manage consent