How do Features move in the Kanban Board

Features can be moved in Kanban Board from one phase to another. Few features are moved automatically depending on the User stories. Whereas, few need to be moved manually.

This phase indicates that the user stories belonging to a feature are ready for  development. If a story is moved back from an analyzing phase to backlog. Then the relevant feature is also moved back to the Program Backlog automatically.

A Feature is added to the “Planned” lane, when a user story is dragged into the sprint backlog.

Refer to the Screenshot given below: 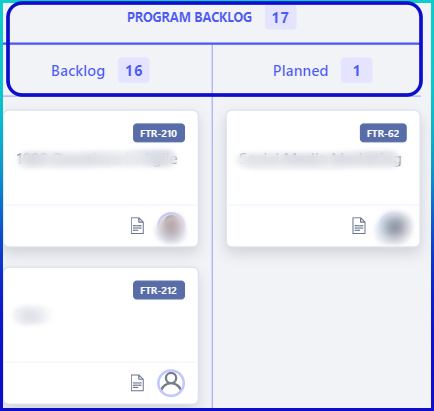 The feature is ‘In Progress’ lane, when a story belonging to it is moved to ‘Mvp’ (Minimum Viable product) phase. This indicates that the feature has stories that are currently under development.

In a few situations, all stories belonging to a feature might not be deployed together. In such cases, a feature will be under “Partially Deployed” Lane. This phase indicates that there might be few pending or new assignments that are linked to a feature.

This phase indicates that a feature is complete and is deployable. Any feature put under this lane is ready for deployment

All the features that are completed and deployed will be under this phase.

Once the implementing phase is complete and the feature is deployed, it will be moved under the lane ‘Done’. 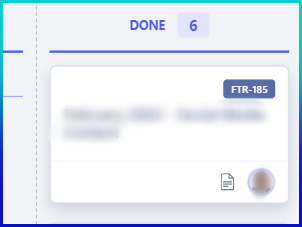 Previous Program Kanban
Next Program Planning
Table of Contents
We use cookies on our website to give you the most relevant experience by remembering your preferences and repeat visits. By clicking “Accept”, you consent to the use of ALL the cookies.
Do not sell my personal information.
Cookie SettingsAccept
Manage consent